How to Make a Forex Fundamental Analysis

One of the useful courses in the FX Academy– Forex Fundamental Analysis - teaches traders how to use fundamental analysis of currencies to achieve more profitable Forex trading. In this article, I will conduct a “live” fundamental analysis of two of the four major global currencies which are the most traded by volume (USD, EUR, JPY and GBP), showing how it is done, and how to interpret the analysis. The data I’ve used is from the six-month period from March to September 2018, so you can see going forward how useful the resulting forecast really was. 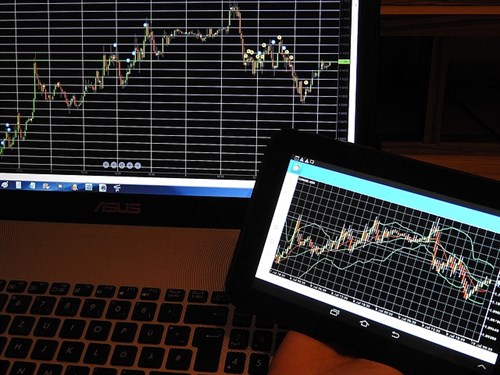 The first step is to make an excel spreadsheet of the most important economic data by collating the relevant data from a recent period. In our example, we are looking at the past six months of data for the four major global currencies. There is one data point for each month. We need to examine and compare both the actual data and the consensus forecast for each data point. We will be looking at GDP, inflation, interest rate, and Central Bank data. The first three are simply numbers, so that is quite easily done. The Central Bank input needs a little more mental effort to quantify, as we need to sum up whether the monthly policy release was dovish or hawkish – more on how to do this later.

Now that we have the blank excel spreadsheet table ready, we can input the data. Let’s start with the U.S. Dollar for our first table, as that is the most important global currency. To fill the data, find a reputable economic calendar which must show not only the key data points over the past six months, but also what the market’s consensus was expecting before each data release. Note that we have columns for both the actual data and the forecasted results. Simply view the data in the economic calendar and insert it into the table for GDP, inflation, and interest rate in each designated column. For the USD, this leaves us with a table which looks like this:

All that remains now is to fill in the rows for the Central Bank data column. This requires some thought and discretion. You will have to find an analyst you trust who reviews each policy statement and press conference from the FOMC, unless you feel you have the expertise and time to examine all the transcripts themselves. For our purposes, despite a risk of oversimplifying things, we should just look at the releases each month and determine whether they are relatively hawkish or dovish, and whether there is any meaningful difference from what was expected in the forecast. One of the best ways to do this is look at the votes from each of the committee members on whether to raise, cut or leave the rate of interest – as the tallies change, you can note the shifts in bias. Note that only 8 statements are released over the calendar year, so the data rows for June and March remain empty. Now that we have our final excel spreadsheet shown below, we can analyze the data.

Let’s start by examining the GDP figures as an indicator of economic growth. It has clearly been on an upwards trajectory over the past 6 months. It is very rare for a developed economy such as the U.S.A. to show an increase in GDP at such a high rate as 4.2%. We can also see that the total cumulative amount by which the actual figures have exceeded the forecasts is a net positive. So, we have clear signs of a strongly growing economy which is exceeding expectations, and that should be bullish for the USD.

Next, let’s look at inflation. It seems to be very low and going nowhere. This could be interpreted as a bullish sign, as we see no sign of the economy overheating yet. On the other hand, the low inflation suggests we will not see any sharp increases in interest rates, and this might prevent the Dollar from appreciating quickly.

Moving from left to right, we now see the rate of interest has been steadily increasing over the period, which is a bullish sign for the USD, as currencies with rising rates tend to appreciate over the short term. We can also note that there were no surprising rate hikes or cuts, suggesting that the central bank has not been forced into any panic measures. Overall, this indicator looks quite bullish.

Finally, let’s examine what view the Central Bank has been taking. The FOMC has been signaling rate hikes all year, but for the first time in a while, there is a suggestion that the consensus is shifting to no bias, i.e. leaving rates where they are. Market had been expecting a further rate hike over the coming months, to 2.25%, but it now seems increasingly likely that there will be no additional hike soon. This is a dovish indicator.

So, what does out fundamental analysis of the U.S. Dollar tell us? We see a strong economy with very healthy growth and no sign of problematic inflation. However, it may be that we have no further rate hikes in view. This suggests that there may be some short-term bearish impetus on the Dollar as long Dollar positions might be trimmed as rate hikes fall away. However, there is no doubt that the economy looks strong, so on balance it still looks unwise to take long-term short positions on the greenback. I would interpret this analysis overall as bullish to neutral, meaning I would not want to be short of the USD on fundamental grounds.

Fundamental Analysis of the Japanese Yen

Having completed a fundamental analysis of the U.S. Dollar, I will now do the same for another major global currency: the Japanese Yen. Using the same empty spreadsheet as I used for the U.S. Dollar, here is what we get once I have completed and input the relevant economic data points:

The first thing to note is that the economy has basically been weakening, as GDP has been falling all year. For most of the year, the actual GDP data came in below the forecast. There is a glimmer of hope at present, but on growth we have essentially a bearish story. Inflation has remained stubbornly low, which has kept interest rates firmly negative, and in fact there are many analysts who want to see an even more expansionary monetary policy. The Bank of Japan pursues an inflation target of 2%, and although we have recently had a glimmer of hope, the story of the year is inflation remaining persistently low. As for the rate of interest, it is negative, and has been for a long time, and is expected to remain that way for the foreseeable future. This is also bearish for the Japanese Yen. Finally, looking at the Central Bank statements and voting, the only surprise we have seen all year was a slightly more dovish than expected policy at the most recent meeting.

Overall, although there is a glimmer of hope that the picture may be getting healthier for Japan, it has been a disappointing year on all the fundamental metrics here. This suggests that on a fundamental analysis, it makes sense to be bearish on the Japanese Yen at present.

A final word of caution: I believe that fundamental analysis should be used as a filter for trades, not as a reason to trade in a certain direction. This means I interpret this analysis as a reason to be have more confidence in the bullish technical trend which exists at the time of writing, for as long as it continues to exist.